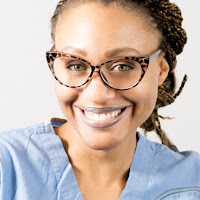 Part of what makes my job at DohJe so amazing is that I have the opportunity to take photographs of an organization’s staff when they onboard with us. This isn’t obligatory, but it sets us all up for success by including and recognizing those staff members that are so often overlooked. Sometimes literally overlooked. Individuals that work at large facilities, or organizations that have many physical locations, don’t necessarily know what their fellow employees look like. So I travel to the facility, set up my gear, and talk to strangers.
Historically, only healthcare executives and physicians have had professional photos taken, perhaps because they’re the only people that really needed them. Critics of DohJe said that nurses and other staff members would never agree to be listed online. We disagreed, and speculated that if they had a great photo, many staffers wouldn’t mind theirs being on a gratitude site like DohJe. And since listening to the naysayers has never been one of my strengths, I studied photography with my now mentor, Eric Raeber, and got to work. 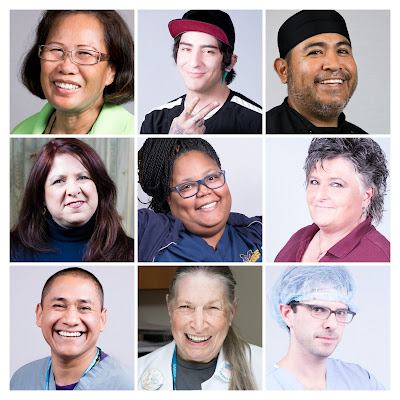 I have always been able to strike up a conversation with a complete stranger under any set of circumstances, so you can imagine I’m pretty comfortable in this situation. I’m a people person, through and through. But healthcare includes all sorts of people, many of whom are not keen on having their photo taken. Some vehemently protest, while others pose endlessly and enjoy every second of the experience. Most just want it over with quickly and to get back to work. 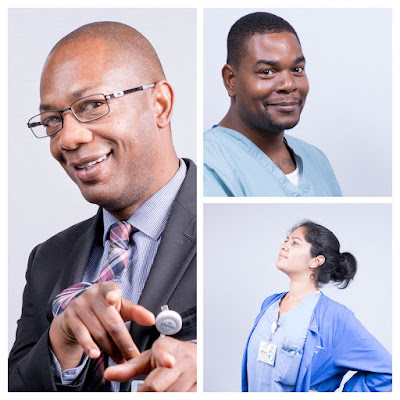 During each shoot, my goal is to bring out the “je ne sais quoi”, the THING that makes a person special, and coax it into the photograph. I’m sure you’ve seen it. It’s that light that illuminates a man when he talks about his passion. That fierce strength that suddenly appears on a woman’s face. The fascinating angles of a body when the human in front of you declares the story of their trials and triumphs. The thing could be named “beauty”, but it doesn’t really matter what it’s called. It exists in every single one of us, and I want it to come out and play.

How I see someone is not usually how they see themselves. I see wisdom in the wrinkles and burgeoning hope in the awkward smiles. I see lives lived or just getting started. I see authentic human beings … being. It is my distinct pleasure to be a part of something intimate and public, simultaneously.